Mosquito repellents are extensively used in India to safeguard oneself from mosquito bites and staying away from diseases like malaria and dengue. Although vaporizers have become common now, mosquito repellent coils, creams and mats have been used for a long time.

While they might look harmless, many studies have stated the side effects of using these different types of mosquito repellents. Majority of these repellents consist allethrin, a pyrethroid, which is a synthetic type of a natural insecticide derived from chrysanthemum flowers. When you heat mat, coils and liquids, allerthin gets vaporized without breaking down into different compounds and successfully repels mosquitoes. 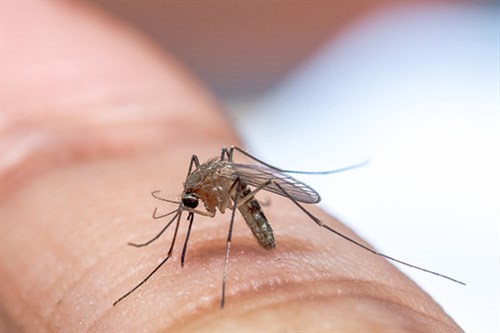 However, mosquito repellents come with their own set of drawbacks.

A study published in the journal Current Science, a survey that is based on questionnaire was carried out in rural and urban areas in 9 states across India and responses from medically qualified doctors and users were recorded. Out of all the people that participated in the survey, 11.8% complained about some or the other kind of toxicity either instantaneously or after a few hours after being exposed to repellents.

Here’s what was discovered:

Breathing related issues – The survey concluded that breathing problems were most familiar with 4.2% people reporting uneasiness while breathing which was followed by a headache or eye irritation or both.

Eye irritation – Irritated eyes was the second most common problem with 2.8% people having problems with it. It came along with bronchial irritation, skin irritation or headache.

Cold and cough – Roughly 1.67% participants suffered from issues like cough, cold and a running nose, which was further accompanied with fever and sneezing.

Asthma – The survey also concluded that certain people complained of wheezing and asthma and in two cases, users who never had asthma ended up becoming asthmatic.

Out of the 286 doctors that was surveyed from the same area confirmed that patients with bronchial irritation, acute reactions causing asthma and ENT or eye problems needed cure. The study also concluded that chemicals present in mosquito repellents can lead to runny nose, wheezing and their use for longer durations can leave you with corneal damage, liver damage and asthma.

This conundrum makes us, rather forces us to look for an alternate solution that will protect us from mosquitoes. And this brings us to one solution – electronic mosquito repellent.

An electronic repellent gives out a safe solution into the air, affording you with protection within a radial distance. This gives you protection from tormenting insects, without you or your kids having to leave the room or cover your face because of harsh ingredients and strong odors. This electronic product will be useful in the long run, and is more effective when compared with conventional spray-on repellents.

To bring home the best in electronic mosquito repellent, check out products offered by Mortein.